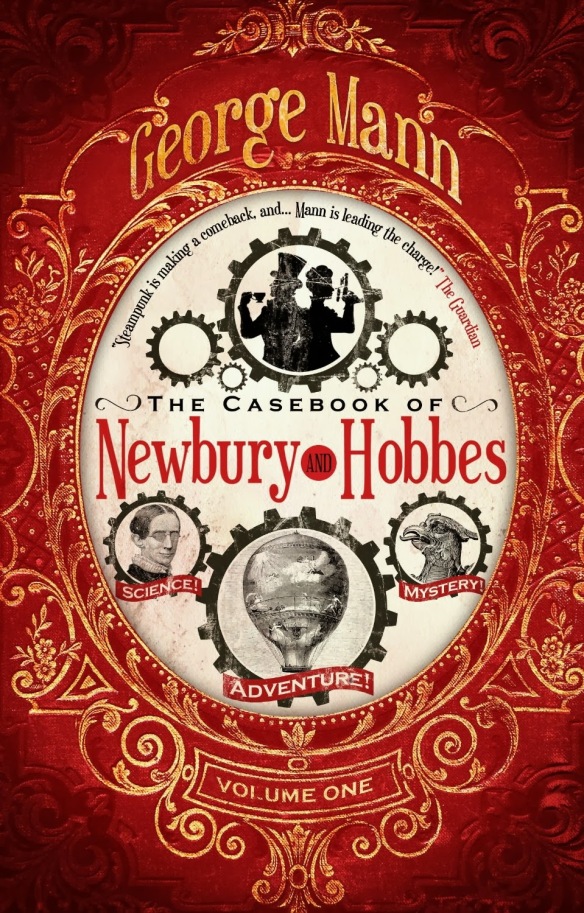 I was first introduced to the World of Steampunk a few years ago when I happened upon a copy of Lavie Tidhar’s The Bookman.  A wonderful read, it’s the story of a young man named Orphan living in a Steampunk Victorian England and trying to track down “the Bookman”, a terrorist responsible for the death of his paramour.  My interest stoked by this delightful tale, I then took a chance on the works of Stephen Hunt, who, with The Court of the Air deserves (as far as I’m concerned) the title of King of Steampunk.  However, if Hunt is the reigning King, then George Mann may very well be known as the Crown Prince.  From The Affinity Bridge to The Executioner’s Heart, Mann has created an alternate Victorian England populated by characters heroic and sinister—and sometimes both—and created an investigative duo whose exploits rival those of a 221B Baker Street’s consulting detective and his trusty biographer.

Over the course of four novels, Sir Maurice Newbury and Miss Veronica Hobbes have combatted foes both technological and occult, serving as agents of the crown to protect and foster the interests of her majesty, Queen Victoria.  They’re not alone in their endeavors, at times enlisting the help of, at other times being seconded to, Sir Charles Bainbridge, chief inspector of Scotland Yard.  Yet we’ve never heard Newbury’s (or Hobbes for that matter) origin story, and The Casebook of Newbury and Hobbes is Mann’s way of fleshing out their back story during the periods not chronicled by the novels.  It also reveals a ghost of the past in the person of Templeton Black, Newbury’s former assistant, and introduces the future in Peter Rutherford, a member of the British Secret Service who will go on to create his own legacy.

The collection consists of 15 eclectic stories, so let’s run down the list:

According to the author’s notes, each of these stories can be found in other venues, but this is the first time they’ve been compiled into a comprehensive collection.   Overall, it’s an excellent addition to Mann’s Steampunk universe, filling in some of the details of Newbury’s past and looking forward to the future of his “Ghost” series of roaring twenties novels, set in a Steampunk inspired New York.  Stand out stories include his Sherlock homage, The Case of the Night Crawler and his tribute to H.P. Lovecraft, Strangers from the Sea.  My personal favourite is The Shattered Teacup, which brings to mind the best of both Arthur Conan Doyle and Agatha Christie.  It’s a fun murder mystery with obvious Steampunk influence in the clockwork owl that proves essential to solving the case.  The only story that falls flat (for me, at least) is What Lies Beneath, but honestly, that owes more to my distaste for epistolary writing than anything Mann did with the story.

The Casebook of Newbury and Hobbes is a seamless blend of Victorian detective story sprinkled with Steampunk elements and a dash of the occult.  Mann seamlessly captures the flavour of Victorian mystery fiction usually identified with Arthur Conan Doyle while adding his own flourishes to it.  It’s a great addition to the universe of Newbury and Hobbes mysteries, fleshing out the series for those fans that want to see a bit more.  An added bonus is the inclusion of several new characters, from Templeton Black to Peter Rutherford, and of course, an arch nemesis for Newbury in the form of Lady Arkwell.  However, if you haven’t been a follower of Newbury and Hobbes from the start, this may not be the book for you.  Simple solution for those who are unfamiliar—get yourselves to a bookstore and catch up on the series before delving into this wonderful back story of Newbury and Hobbes, agents of the crown and occult detectives. 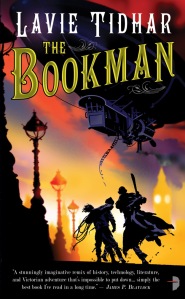 “A myth,” he said. “Oh Orphan. This is the time of myths.  They are woven into the present like silk strands from the past, like a wire mesh from the future, creating an interlacing pattern, a grand design, a repeating motif.  Don’t dismiss myth, boy.  And never, ever, dismiss the Bookman.”  ~Gilgamesh

Orphan is his namesake, living one step from the streets of what in any other age would be called Victorian England, but with the coming of Les Lezards and the subsequent fall of the house of Hannover, mad King George (the lizard) has the throne.  It is an age of wind and steam, man and automaton, order and anarchy, the last embodied in the form of a terrorist named, “The Bookman.”

When Orphan’s paramour Lucy is killed in one of the Bookman’s attacks, Orphan is devastated, but after an encounter with inspector Adler (Irene) and the Byron simulacrum, he learns that death may not be all there is, and that what small hope there is of recovering his beloved lies in running the Bookman to ground.  Barring that…vengeance.

There are many forces at play in his majesty’s empire: Prime Minister Moriarty and the Lizards; Mycroft Holmes’ shadow government floating high above London in their black airships; the Turk, an automaton among automatons who yearn for the translation, a device that they hope will make them equal to their fellows of flesh and blood; and of course, Orphan.  All believe the Bookman (or his death) holds the answer to their various problems and that Orphan is a tool to be wielded in that pursuit.

Yet when Orphan finally finds the Bookman, he is offered a choice.  Help his nemesis to stop Les Lezards from launching a device into space that may be mankind’s salvation (or doom) and Lucy shall be returned, hale and unharmed.  Don’t help, and Lucy is lost forever.  Really not much of a choice for a young man in love.

From the heart of Britannia to the depths of the Caribs, Orphan journeys on his mission, beset by danger and double dealings, culminating in one final meeting with the Bookman, which will either see Lucy returned to him or  the destruction of that which the Bookman covets the most.

The Bookman is everything one would want out of a Steampunk novel, blending both science fiction and fantasy, historical and fictional personages, all with a twist on the original source materials.  Irene Adler is now an agent of Scotland Yard, Moriarty is Prime Minister, and Jules Verne is both author and adventurer.  Lord Byron is a simulacrum, Karl Marx a revolutionary, and then there’s  Orphan, who has a greater role to play in the Empire than ever he could guess.

Sometimes though, it felt as though the writing had a tendency to meander.  I spent a lot of time reading of Orphan wandering the streets of London moping about his lost love when (for my part) I’d rather just see the story advance.  It’s not really wasted narrative, but sometimes slowed the story to a crawl.  Tidhar also has a habit of skipping forward in the narrative and writing scenes in retrospective.  There is a moment near the end of the novel where Moriarty and Orphan come face to face…and next you know Orphan is on the run with no real explanation of what happened.  When it does get explained, what seems like it should be a pivotal moment simply comes across as trite.

There is also surprisingly little interaction with the lizards during the course of the novel, but the one time we meet one, it is a pirate named Wyvern, and he is entirely unforgettable.  More lizards please!

As for the Bookman and Les Lezards, when their background is finally revealed, I was pleasantly surprised to find that what was at first a fantasy novel had somehow morphed into science fiction with fantastical elements.

The Bookman does leave a little too much unfinished by the end of the novel, but also leaves the reader (at least this one) with a desire to read more of Orphan’s exploits and to explore the Universe Lavie Tidhar has created.  Luckily for us, it is the first of a series of three, continuing with Camera Obscura  and the forthcoming The Great Game.  All in all, The Bookman is a wonderful novel and what minor flaws I’ve mentioned are just that– minor.

Lavie Tidhar maintains his own blog if ever you’d like to check out what’s new in his world.