“In a World ruled by the dead, we are forced to finally start living.”

The Walking Dead made its debut in 2003, and over the past seven years, writer Robert Kirkman and illustrator Tony Moore have crafted a World that Thomas Hobbes would appreciate…a World in which life is cheap: nasty, brutal and short.  The question they asked themselves in moulding this world: “How do people deal with extreme situations and how do those same situations change people?”  What better way to explore the psyche of society than to explore the reactions of everyday people to an event so horrifying and final that every societal norm we take for granted comes into question?

Over the course of 13 graphic novels, Kirkman and Moore have introduced a variety of characters trying to deal with everyday life in a World that is no longer everyday.  Centered around Rick Grimes, formerly a police officer in rural Kentucky, The Walking Dead tells the story of a ragtag group of survivors and their quest not so much for answers as  for mere survival in what could only be described as life after the end of the world.  Rick becomes a natural leader in this world, and The Walking Dead chronicles his attempts to keep a small segment of society alive under impossible conditions.  His story contains every element of human nature, from courage and duty to  cowardice and treachery, love of life to suicide…pretty much every human emotion and quality…or  inferiority that one can think of.  Every  facet of the human condition (whether enlightened or banal) has been explored at one point or another within the series.

My favourite feature of  The Walking Dead?

You never know where it’s going to go.  No one is safe.  Whether a character has been there from the start, or is simply a plot device, any and all characters are expendable.  And that is simply refreshing.  No cookie cutter heroes and villains…simply humanity, with all the warts.

So, it was with great excitement that I found out the other day that The Walking Dead has been translated into an original television series, premiering on October 31st, 2010, (Otherwise known as Hallowe’en) on AMC 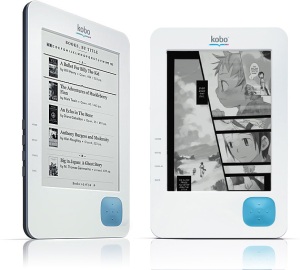 “They thought Space was the Final Frontier–They were wrong.”

Jim Pike is a man tortured by the events of his past.  An Afghanistan veteran in the throes of Post Traumatic Stress Disorder, Jim has seen the bloodiest aspects of war and no longer wants the responsibility that came with his service.  In fact, he doesn’t want any real responsibility whatsoever, haunted as he is by the loss of several members of his platoon.  So, security guard at the Botany Bay Hotel and Conference Centre in the lovely town of Houston seems like the perfect fit. After all, the worst thing he’s going to have to deal with this weekend is a bunch of Star Trek geeks attending the annual GulfCon Star Trek convention.  Or so he thinks…(cue ominous music)

Just down the road the  Johnson Space Centre has been put into lockdown mode and convention goers are complaining about poor to nonexistent cell phone reception.  Even the televisions seem to be on the fritz.  To top off his day, Jim’s supervisor is missing, half the staff hasn’t shown up for work, and his sister Rayna is coming to town, bringing along a motley collection of Star Trek fans such as:

During the course of the next several hours, Jim’s finely honed sense of danger (which he first exhibited in Afghanistan while on patrol with his squad) keeps going off, but he’s too overwhelmed with the staff disappearances and his desire to connect with his sister to listen to them.  That is, until his manager points out that anyone leaving the complex for a smoke…never comes back.  Things quickly degenerate from there to an all out battle to stay alive in a convention centre populated by what at first glance appears to be the living dead.  Jim soon comes to realize that things are not what they seem, they’re even worse, and that the monstrous hordes may have an extraterrestrial connection to recent events at the Space centre involving the Genesis probe.  Luckily, a NASA exobiologist by the name of Sandoval may have the answers to their dilemna…if only they can find him before the Zombies do.

In the course of rounding up Rayna and her friends and trying to find a safe haven within the Hotel complex to hole up and wait for help, Jim comes across a girl dressed in a slave outfit (a la Princess Leia from Return of the Jedi).  Strangely enough, she’s handcuffed to a bed with a video camera set up.  Leia (not her real name) got herself mixed up in a little Star Trek dominatrix video and like everyone else, just wants to get out of Dodge.  Add one Klingon with a Bat’leth,  a guy in a red shirt with the unfortunate name “Willy Makit” (sound it out phonetically and you’ll get the joke) and the carnage begins.

The authors of Night of the Living Trekkies have created a unique perspective  on the Zombie genre.  Rather than those horror novels that leave the explanation of the Zombie outbreak to the reader’s imagination, they come up with an explanation of Zombism that has a scientific element to it.  The pathogen is extraterrestrial, much like in the Andromeda Strain with one twist…this time those affected don’t stay dead.

Anderson and Stall are clearly Star Trek fans and have jam packed their novel with references both obvious and obscure.  Each chapter title is an homage to the original episodes, and Jim Pike’s name is a subtle reference to both Jim Kirk and the Enterprise’ first captain, Christopher Pike.  Even Dr. Sandoval’s name is a reference to a character in the original series (spoiler alert!) with a similar problem.

Publisher Quirk books has engaged on a unique marketing campaign to promote this book, investing in a faux movie trailer on youtube to showcase their author’s work.  Here’s hoping a full length feature is in the future.