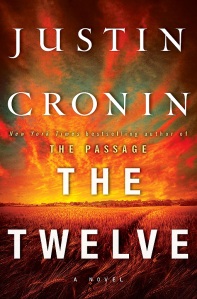 Of all the books I didn’t review last year, the one I most regret was Justin Cronin’s The Passage.  Not only was it a post-apocalyptic story with a vampiresque feel, the writing was brilliant and had a vein of seriousness not often seen in a horror novel.  Awhile back I heard Cronin was writing a sequel but it was only today that I became aware of a release date.  Lovers of The Passage will be pleased to note that The Twelve will be released October 16th of this year.

Thanks to EW.com for the heads up!

Also important to note:  Ridley Scott’s production company has optioned all three books of the eventual trilogy for $1.75 million.  Let’s hope they don’t muck it up.